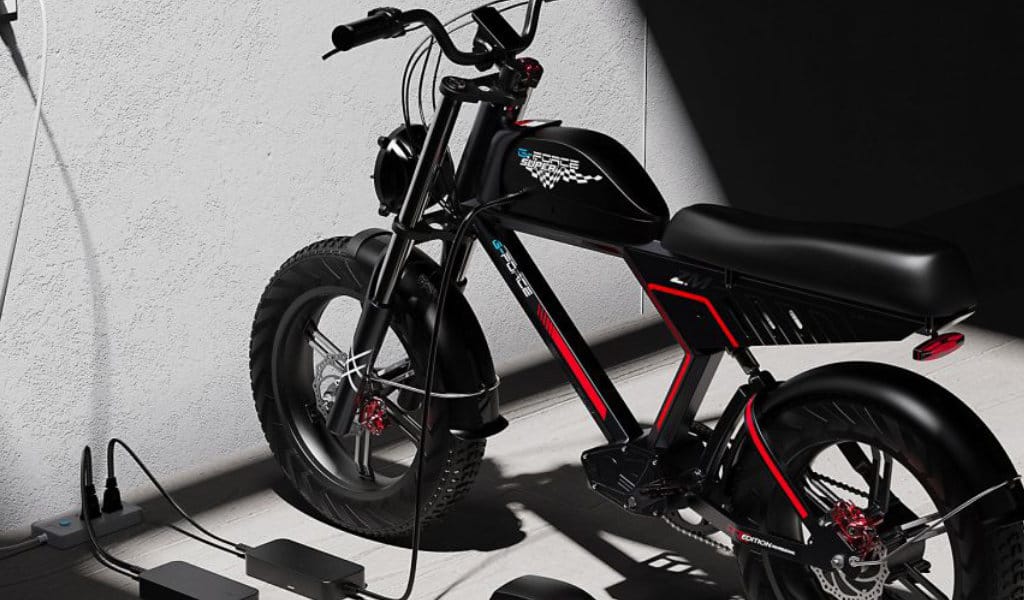 First up in this week’s roundup of personal EV news, Ontario, CA-based G-FORCE has upped the ante when it comes to moto-inspired e-bikes with the launch of their new ZM fat tire e-bike. Featuring a classic moto-inspired design, the ZM packs a punch with its BAFANG 750W brushless rear hub motor with 86Nm of torque, Samsung 48V 13.5Ah/20Ah battery configurations, hydraulic disc brakes, and 80-mile range. The bike has an MSRP of $1,999 and is currently available on pre-order with an estimated shipping date of July 2022.

Next is Harley-Davidson’s Serial 1 line, which also made news last week with the announcement of its integration of Google Cloud technology. This week, the brand launched its limited-edition BASH/MTN electric mountain bikes. An exclusive run of only 525 e-bikes, the BASH/MTN features a beautiful Yucca Tan/Gloss Graffiti finish, hydraulic brakes, Brose S Mag mid-drive motor with 90Nm of torque, and a 529Wh integrated battery that’s removable and delivers up to 95 miles of range. The BASH/MTN is available in four frame sizes (S, M, L, and XL) and has an MSRP of $3,999.

The United States’ West Coast Electric Highway, which runs from Mexico to Canada, is adding a new type of electric vehicle charging station to its existing car stations. Oregon’s Department of Transportation has just announced that it will begin to add 110V charging plugs to its 44 electric car charging stations which is obviously great news for riders of electric bikes, scooters, and skateboards.

Santa Cruz, CA’s Blix is also causing a stir with the release of its latest electric bicycle, the Ultra. This model is a powerful all-terrain e-bike that comes loaded with fat tires, hydraulic disc braking, ultra-bright LED lighting, 750W rear hub motor, and an impressive dual-battery design that delivers up to 80 miles of range. The Ultra has a starting MSRP of $2,099.

And finally, Swiss-based startup Revolt Zycling AG has announced its plans to unveil a 211-mile range e-bike at Eurobike 2022 which will take place July 13-17, 2022 in Frankfurt, Germany.

And now for this week’s personal electric vehicle news, brought to you by Recharged Rides: 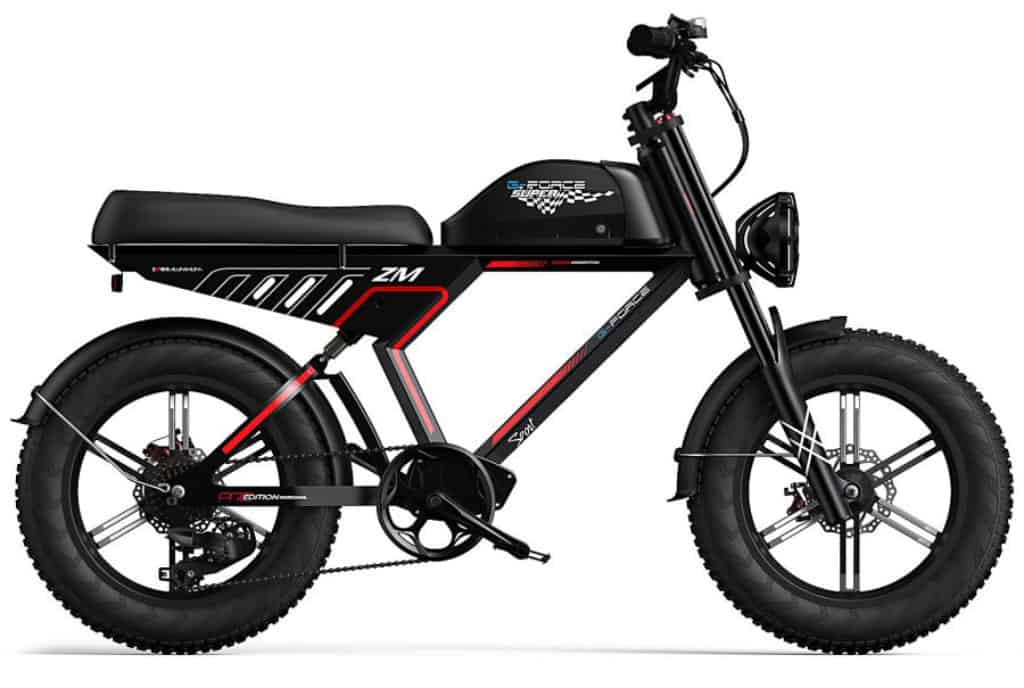 Ontario, CA-based G-FORCE has announced the release of the G-FORCE ZM, a new e-bike that combines high-performance with classic, retro moto-style design.

The ZM is a fat tire/all-terrain e-bike with full suspension and a maximum payload capacity of 400 pounds. This model is a slight departure from G-FORCE’s folding electric bike lineup and offers some welcomed change to riders in search of something a little different.

With its 20″ x 4″ tires and full suspension setup, the G-FORCE ZM was designed to handle everything from smooth pavement to dirt. The bike delivers a maximum range of 50-80 miles depending on the battery configuration and has an MSRP of $1,999. 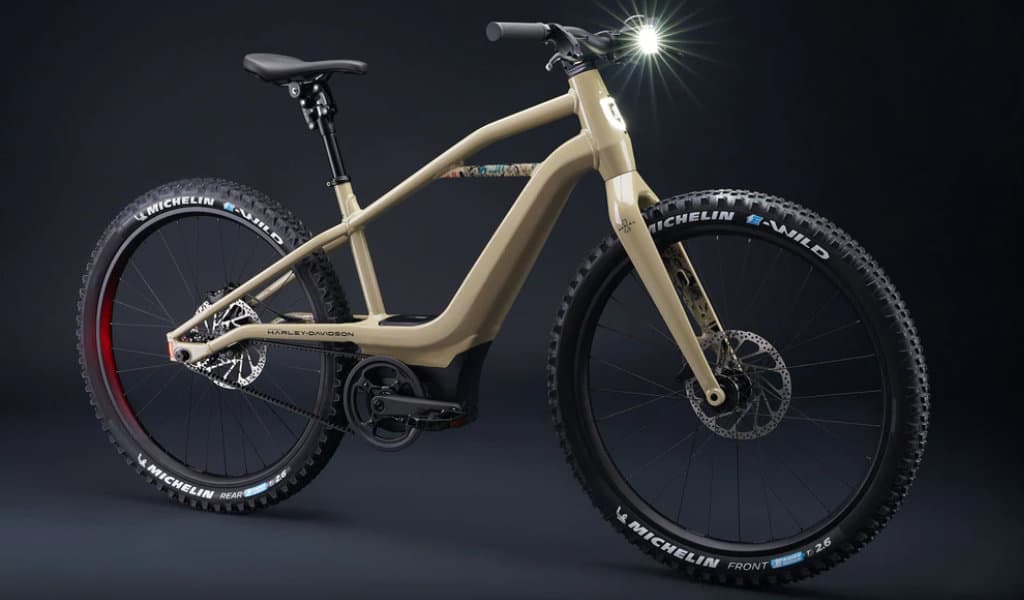 Harley-Davidson announced the release of its limited-edition electric mountain bike, the Serial 1 BASH/MTN.

The 525 e-bikes will be built on a frame that’s closely related to the brand’s MOSH/CTY model and the BASH/MTN will be available in four frame options to accommodate riders of all sizes. There’s also a SR Suntour NCX suspension seatpost, hydraulic disc brakes by TRP with 203mm rotors, and top-shelf Michelin E-Wild tires for excellent traction in all conditions

The BASH/MTN also features an integrated 529Wh battery that’s removable as well as the powerful Brose S Mag mid-drive motor which puts out 90Nm of torque. Four ride modes are available and Harley-Davidson reports that the bike is capable of delivering a 95-mile range. The bike has an MSRP of $3,999. 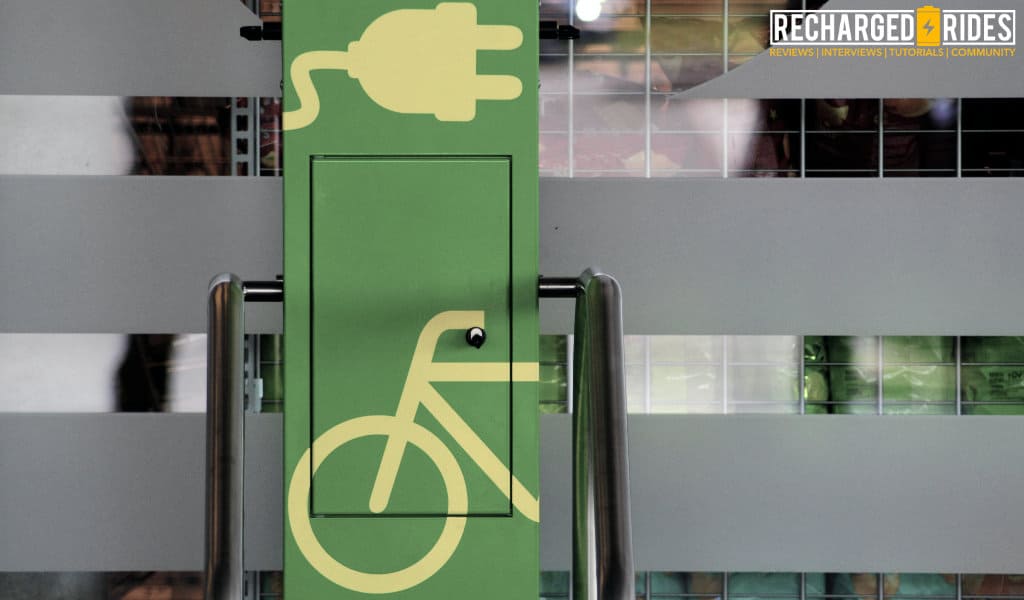 The West Coast Electric Highway, which links Mexico to Canada, is adding an extensive network of charging stations for e-bikes and other personal EVs. The Oregon Department of Transportation (ODOT) has made the announcement that it is planning to upgrade all 44 electric car charging stations in the state with additional 110V plugs.

The extensive electric highway, which stretches down the western coast of North America, currently runs along Interstate 5, Hwy 99, and other major roadways.

While electric cars typically make use of Level 2 chargers, electric bikes, scooters, and skateboards utilize Level 1 chargers such as the commonly-used wall outlet. For a complete listing of EV charging stations across the United States and Canada, be sure to check out the U.S. Department of Energy’s EV charging station map. 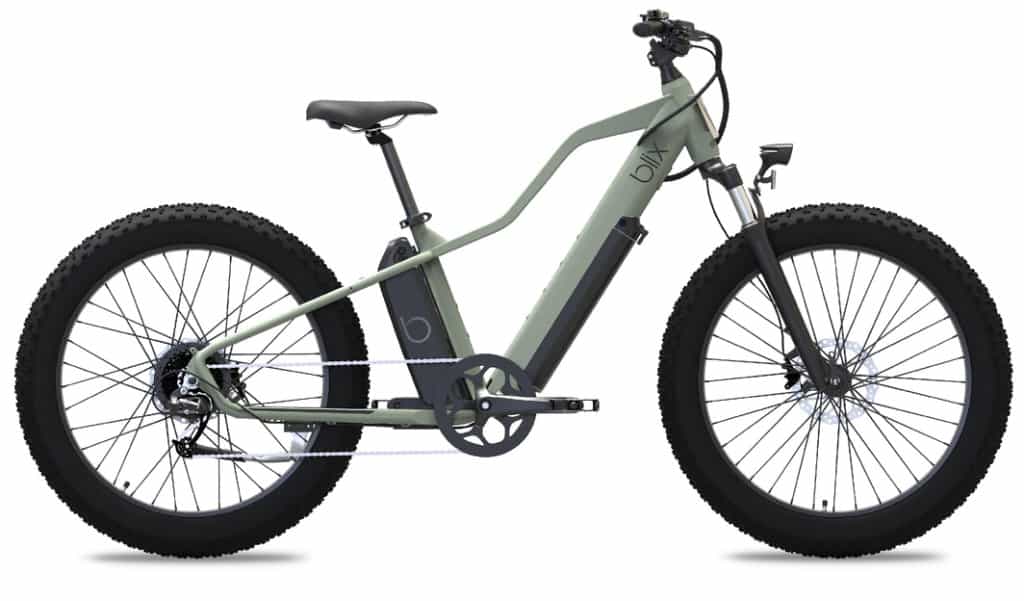 Available in Bright White, Slate Grey, and Matte Green, the Ultra Fat Tire can be configured with either a single or dual battery.

The chunky, 26″ x 4″ fat tires are designed with all-terrain performance in mind, and Blix added front fork suspension and high-performance hydraulic brakes for improved handling and control. The Ultra’s 750W rear hub motor puts out 90Nm of torque, and the bike is capable of delivering an impressive 80 miles of range in the fully-loaded dual battery configuration.

The bike will be available for pre-order in July 2022.